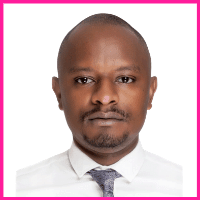 Khuliso Zwanga Sigama, completed his LLB degree with the University of Venda in the 2010, and later was admitted as an Attorney in the North Gauteng High Court. During the year of admission he was appointed by Small Enterprise Finance Agency (SEFA) as a Senior Legal Advisor, with which he was exposed to the financial sector, reporting directly to management.

In the year 2016 he resigned from SEFA, to explore, operate and manage his law firm registered under practice name Sigama Attorneys. In the year 2018 he was appoint by Ntiyiso Consulting (Pty) Ltd as the company’s Senior Legal Manager within the revenue sector, this is where he was exposed to compliance in-line with the revenue regeneration and security in the local and district municipalities.

Furthermore in 2019 he was recruited by the National Empowerment Fund (NEF) as a Legal Transactional Advisor whereof his role was to conduct Legal Due Diligence and conclude a transaction from the legal compliance and structuring. He remains a Director of Sigama Attorney and an Adjudicator at the Consumer Goods and Services Ombuds.